You Are My People. Really!

I’m angry. I’ve been angry for weeks now and just when I think I am getting over my anger, something else makes me even more angry. I realized that it has darkened my joy and seeped into surprising places. It has made me quiet, which is unusual. It has made me tired.

I’m not sure what to do with my anger. Lawmakers and clergy folks say pray but prayer is not enough. I was at the Garden in NYC for a basketball game last week and they had a moment of silence for the recent senseless act of mass violence. The moment of silence seemed odd to me. I thought we should be screaming, at the top of our lungs. I want moments of rage instead of silence.

For wherever you go I will go

Your God shall be My God

Your people shall be my people

Jews around the world heard these words recently as they were read on the festival of Shavuot. They refer to Ruth’s joining her mother-in-law Naomi on her journey home after the deaths of their spouses and Naomi’s sons. The most horrible has happened and Naomi wants to cling to her people. Ruth, instead of clinging to hers, reaches out to Naomi in friendship and love, and instead of going home to her parent’s house, she joins Naomi and her kin. It is through these words that Ruth joins Naomi and the Jewish people.

Beyond our teaching of the book of Ruth on Shavuot with its all-night learning and cheesecake, I have wondered whether this could be a universal ideal. A shofar call, on the day that we celebrate the giving of Torah, to remember to watch out for others, reach out to others, and be one people. Your people will be my people. But really? I think we need to do some work on this.

It was a beautiful night to enjoy a meal, a drink in an outdoor cafe. But then terrorists came, spewing bullets, killing four people who were just out enjoying the evening. What? You didn’t hear the uproar about this? There were no “je suis” signs like in Paris and Brussels? Perhaps that is because the murders took place in Tel Aviv, in Israel and the dead were four Jews. But really, they were no different from anyone else. Ilana Nave, a mother of four from Tel Aviv, Ido Ben Ari from Ramat Gan, Michael Feige, 58, a professor of sociology and anthropology at Ben-Gurion University of the Negev and Mila Mishayev, 32, from Ashkelon. Your people ARE my people. I am a Jew.

Two graduate students were riding their bikes home from the library one night. There passed a couple who looked like they were fooling around behind a dumpster. Realizing that the woman was not moving, that she was unconscious, the guys hopped off their bikes and came to her aid. Although the man said he was so drunk, he didn’t know what he was doing, he had the presence of mind to run. One of the guys tackled him, while the other called the police. The rapist was brought to trial and found guilty by a jury. The judge believed the rapist and feared that a prolonged sentence would harm him. He received a sentence of three months. What about the victim? How long will her sentence be? Your people ARE my people. I am a woman.

It was Latino night in a club in Florida. Near the land of Disney, the ultimate fantasy of fun and innocence, it was a great night to be out dancing with friends. There were music, drinks, and there was lots of sweat. But that innocence was 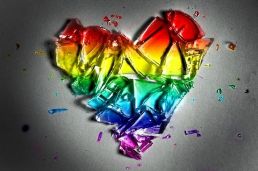 betrayed when a hateful gunman, with a weapon designed to kill people, lots of them, in war, arrived to destroy any shreds of innocence. He shot and shot and shot, rounds and rounds and rounds, until 49 people were dead in the Pulse nightclub in Orlando. Each of these men and women, as young as 18 years old, had a family, had friends, had a story that is unfinished. They were brutally murdered. They didn’t pass. They didn’t just die in some natural process. There was nothing natural about it. They were murdered.

We could say that this hateful act was done by a lone gunman who was a religious terrorist. Or a lone gunman who was in conflict over his sexual identity. Or whatever reason suits your political bent. I think they were murdered by our lawmakers who refused to create laws to prevent this violence. I think they were murdered by the NRA who fights to allow weapons of mass destruction such as assault weapons on the streets. They are the ones with blood on their hands. Your people ARE my people. I am gay.

A few days ago, a man in The Bronx was killed by police. They said that he had a

gun. It seems reasonable to me that the police would defend themselves. Three policemen shot at this man who was outside at the time. They shot 31 times. Was that reasonable? I wonder, what was the bullet that knocked the gun out of his hand? What would a bullet to the shoulder have done? What was the bullet that killed him? Was it #5? #10? Did they really need 31 shots? I heard that many of the shots missed the man. Perhaps we are lucky that they only killed one man and not others. Your people ARE my people. I am a New Yorker.

So, what do I do with my anger.

Last week, I spent several days singing with my pals at the Women Cantors’ Network conference. At times, it seemed incongruous to me that we could sing and dance with all of this pain in the world. There seems to be so much of it lately. But I was struck with a poem in Mishkan T’filah, the Reform Movement’s prayerbook. It is tied to the Hashkiveinu prayer which appears in the evening service. We ask God to ufros aleinu sukkat shlomecha — spread over us a shelter of peace. I’ve seen this a million times before and sung it almost as many, but it never meant this much to me. Perhaps if we all read it and live it, the words can come true. It seems to be all I have to offer right now.

Let there be love and understanding among us,

Let peace and friendship be our shelter from life’s storms.